DescriptionScreenShotsSystem RequirementsTRAILER.NFO
About This Game
Mecha Hack’n’Slash “Damascus Gear: Operation Osaka HD Edition”,
is now out on Steam with full HD graphics!
Pilot your humanoid mecha “GEAR”, alongside with your dependable operator!
Will you be able to pay off your debts before the due date?

Aside from the improvement of graphic quality, the effects within the dungeons have been upgraded!
Included in the PC version are all the DLCs from the PlayStation®Vita release!
New weapon parts and high difficulty missions awaits you!
STORY
[GEAR System] – This system is revealed by the Atsuga Corporation in the mid-21st century revolutionized all technologies, allowing for the perfection of piloted humanoid robots called [GEARs].With the outbreak of the World War Four in 2050 and the loss of control of the [GEAR System] that followed, the world changed completely.
The berserk [GEARs] became know as [RAGE], and combat GEARs around the world began a total massacre of humanity.
Humanity was pushed to the brink of extinction, but a few survivors escaped underground and began analyzing the GEAR System to prepare for a counterattack. The war between humans and RAGE was exceedingly fierce, but thanks to the counter-RAGE organization [Freyja] and a certain GEAR mercenary, they steadily began recovering key locations on the surface. In 2112, over 50 years after the war began, humanity reclaimed Japan from the RAGE. 30 years later, in the [Cosmopolis] built upon Osaka, a pilot with an inherited [GEAR] and huge [debt] sets out with his Operator to become a Ranker in the Arena. It will not be a story for the history books, but simply a battle for their freedom…
SYSTEM
The goal of “Damascus Gear Operation Osaka” is to repay the hero’s significant [debt] before the due date.In the [Cosmopolis], GEAR pilots fight day and night in the [Arena] for large sums of Eyn(this world’s currency). The hero will participate in the Arena as a Ranker, aiming to use the prize money to repay his debt.
Once per day, the hero can choose to go on a [mission] or enter the [Arena].
In [missions], you explore dungeons to collect new parts, while you can win prize money and rank up by fighting in the [Arena].
Use [missions] to enhance your GEAR, and earn prize money in the [Arena] before the due date. If you don’t make it by the due date…
ARENA
In the [Arena], you fight matched battles against other Rankers.Winning gives you Eyn and Arena Points. Obtaining Arena Points increases your rank.
These are basically 1 vs 1 fights, but there are some special battles where you fight multiple enemies, etc.

MISSION
On [missions], you explore the [Cosmopolis] dungeon that changes every time you enter, to collect parts and other items.More difficult dungeons can be slected by winning in the [Arena] and raising your rank.
When accepting a mission, each difficulty level will also assign 3 random sub-missions. Completing them before leaving will award you bonus rewards.

OUTFITTING
In [outfitting], you can make changes to and customize your GEAR. GEARs have 8 components: head, body, arms, legs, shoulders, right weapon, left weapon, and back weapon. You can equip parts with various different traits to these sections.You can also change the color of each section.
When you progress the story, you will also unlock Electro-Enhancement procedures to enhance the player himself. 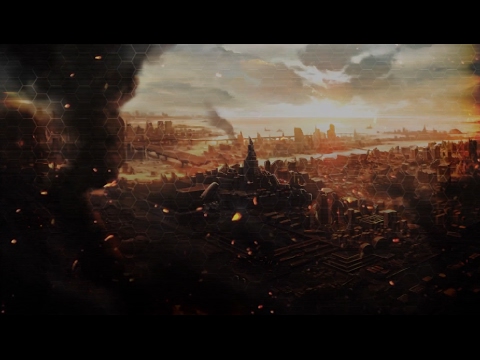 Release Date : 03/2018 Protection : Steam
Discs : 1 Genre : Action
Mecha Hack\’n\’Slash \”Damascus Gear: Operation Osaka HD Edition\”, is
now out on Steam with full HD graphics! Pilot your humanoid mecha
\”GEAR\”, alongside with your dependable operator! Will you be able to
pay off your debts before the due date? Aside from the improvement
of graphic quality, the effects within the dungeons have been
upgraded! Included in the PC version are all the DLCs from the
PlayStationVita release!