Serious Sam HD: The Second Encounter includes spectacularly enhanced visuals and more special effects like Hippy and Kid’s mode, with trademark frantic Single-play, newly developed Survival and Beast Hunt modes, along with all time favorite Cooperative play. Combine those with intense Versus and Team modes for up to 16 players and in over 18 multiplayer maps, Demo Recording option, Spectators and Dedicated Server support, Serious Sam HD: The Second Encounter is a worthy successor to the original masterpiece.

SINGLE PLAYER
– Various Environments and Secrets – Unleash mayhem on 3 different spectacular worlds: South America, ancient Mesopotamia and medieval Europe.
– Discover over 130 secrets including over 15 brand new ones hidden in the fray.
– Unique Enemies and Bosses – Fight with 27 nightmarish warriors in Mental’s army, including old favorites from The First –
– Encounter like Beheaded Kamikaze, Syrian Werebull and Kleer Skeleton. Go head to head against 5 new enemies and 3 new Bosses.
– Special Weapons and Power-Ups – Wreak havoc with a huge arsenal of weapons including 3 new toys: the Sniper Rifle, Flamethrower and Chainsaw. Use Power-Ups to additionally increase your fighting and agility skills.
– Serious Editor 3 – Create your levels and share them on SteamWorks! 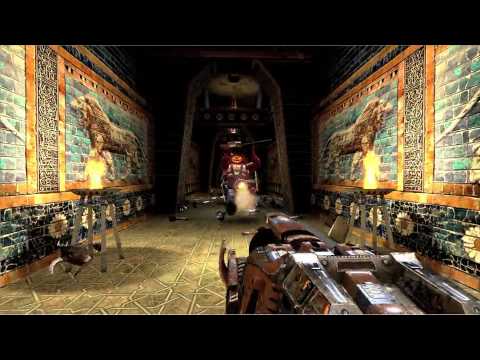