DescriptionScreenShotsSystem RequirementsTRAILER.NFO
About This Game
In the distant future, the X universe faces a period of profound and irrevocable change. While the universe stumbles towards an uncertain future, countless adventures await as new enemies rise in search of power. Enter a young adventurer and his unlikely female ally traveling in an old, battered ship with a glorious past – two people alone against the galaxy, playing a key part in the events to come. The fate of the universe rests in the hands of the player…

X Rebirth represents a spectacular new beginning for the X series, offering loyal fans and newcomers alike a vast, vivid and extremely detailed universe to explore throughout the game. Varied gameplay elements such as action-packed space combat, detailed trading mechanics and high-speed space exploration with fast travel allow players to experience a truly unique space saga that will keep them hooked for dozens of hours. X Rebirth features a whole new user experience – it is easier than ever to start with, and remains as deep as fans expect it.

FEATURES
TRADE! A fully simulated economy that means your actions really do matter. Travel the space highways to ﬁnd proﬁt in gigantic space cities, swarming with ships and drones.

++ Every ship you see has a task. Stop a freighter from reaching its destination and its cargo will be stopped too, causing prices to rise. ++

FIGHT! From small scale skirmishes to epic ﬂeet encounters, battles in the X Universe know no limits. Choose to ﬁght for the military, work for the police or be a lawless pirate, or if you prefer just ﬁght when you need to defend yourself – it’s up to you.

++ Take the action right into massive structures. Target turrets and shield generators to weaken your enemy, damage engines and jump drives to prevent their ships from escaping, or stop their factories producing to cripple their economy. ++

BUILD! Create your own empire! From trading stations to large factories, farms to hightech military complexes, everything can belong to you. Build for trade and proﬁt or to strengthen your military presence and dominate your enemies.

++ Extend and upgrade your stations to make them operate more efﬁciently, with every element visible in glorious animated detail. Harvest your own resources to keep your empire running smoothly. ++

THINK! A rich, detailed history and a deep complex plot await you, but you are free to decide when and where to take part. Explore the universe at your own pace – choose your own path and create your own destiny.

++ Get up-close and personal with aliens and humans alike. Land on stations, meet people, then accept missions from them or hire them as crew members for your ships. ++

TRADE, FIGHT, BUILD, THINK… in the X Universe – the biggest sandbox this side of the galaxy. 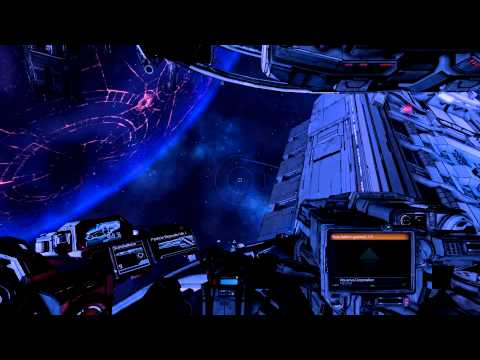 Release Date : 04/2017 Protection : Steam
Discs : 1 Genre : Simulation
In the distant future, the X universe faces a period of profound and
irrevocable change. While the universe stumbles towards an uncertain
future, countless adventures await as new enemies rise in search of
power.

Notes:
This release includes all the previous DLC and the latest update v4.10
which is double then the previous release, the brought us to make a
stand-alone. The 4.0 name is defined by the logo updated on steam.

Download
Please Note: You will need uTorrent to download the game.
If you are kind please don’t forget to share our site to all of your friends 😀
Tags:X Rebirth 4.0 Free DownloadX Rebirth 4.0 Full VersionX Rebirth 4.0 PC Games Torrent