DescriptionScreenShotsSystem RequirementsTRAILER.NFO
About This Game
The Next Installment to the Award-Winning RTS.
While many were hopeful that diplomacy would finally end the war, differing opinions on what should be done, along with the depleted power of the controlling factions, has led to a splintering of the groups involved.

The loyalist members of the Trader Emergency Coalition adopt a policy of isolation, focusing on enhanced defenses to ride out the rest of the war. Those who rebel against the coalition take on a purely militant view, coming to the opinion that the only way to bring peace is by ultimately crushing all who oppose them – especially xenos.

For the first time in their history, the war creates a schism in the Advent Unity. The loyalists seek to continue their policy of revenge against the Traders, and to assimilate all others to the Unity’s influence. However, others amongst the Advent suspect that a corrupting influence from within has diverted the Unity from its proper destiny.

The divide created in the Vasari Empire is less pronounced, but just as severe to their people. With the Vasari now practically frantic to move on to new space, the loyalist faction abandons cooperation and decides to take the resources they need by any means necessary. Having accepted the need to work together, the rebel faction feels that their best chance for survival is to work with the other races and bring them along to flee the approaching enemy.

Take the battle for galactic supremacy to its ultimate level in Sins of a Solar Empire: Rebellion – a standalone RT4X game that combines the tactics of real-time strategy with the depth of the 4X genre (eXplore, eXpand, eXploit, eXterminate).

Key features:
– New Factions: Decide whether to play as a Loyalist or Rebel – each unlocks new technologies, ships and play styles for each race.
– New Titan Class Warships: Mighty titans enter the fray of the war to tip the scales of power. Each faction may field their own unique titan, drawing upon unique strengths and abilities on the battlefield.
– New and Updated Capital Ships: A new capital ship joins the fleet for each race to offer even more tactical options. –
– Additionally, all existing capital ships have been upgraded to four levels for their abilities, allowing players to focus their ships along specific strengths.
– New Corvette Class Ships: Small and maneuverable, each faction has developed a new light attack craft to harass enemy forces.
– Updated Visuals: Updated graphics, particle effects, lighting and shadows, race specific UI and other enhancements make the Sins’ universe look better than ever.
– New Victory Conditions: Take multiple paths to victory including – Military, Diplomatic, Research, Last Flagship Standing, Last Capital Standing and Occupation.
– New Audio: More than 60 minutes of original music, countless new sound effects and dozens of new voice overs help bring the drama of battle to new levels of immersion.
– Tutorials: New and updated tutorials make it easy for both experienced and new players to quickly start building their own solar empire.
– Plus, a number of optimizations that provide better performance than ever before! 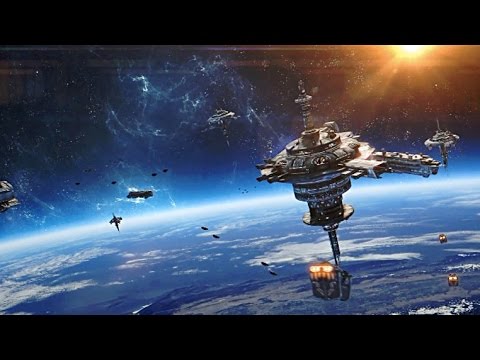 Release Date : 04/2017 Protection : Steam
Discs : 1 Genre : Strategy
The Next Installment to the Award-Winning RTS. While many were
hopeful that diplomacy would finally end the war, differing opinions
on what should be done, along with the depleted power of the
controlling factions, has led to a splintering of the groups
involved. The loyalist members of the Trader Emergency Coalition
adopt a policy of isolation, focusing on enhanced defenses to ride
out the rest of the war.

Sins: Rebellion gets a face lift in v1.9! The improvements to the
memory system have allowed for a new \”Extreme\” texture setting that
makes the game look better than ever. The difference is noticeable
in everything from the ships and the planets all the way to shadow
rendering. The UI will look incredible on 4K monitors now thanks to
user interface scaling.

Concern yourself with space battles instead of space restrictions!
Previously, Sins: Rebellion\’s 32-bit process was unable to exceed
2 GB of RAM usage. New adjustments in v1.9 allows the game to use
up to 4 GB of RAM, which reduces crashes and lets modders focus on
their creations instead of worrying about hitting the 32-bit limit.
Any mods that already exist will benefit from the engine improve-
ments with an overall better look and performance.

Reduced stuttering and lag during late game battles let you focus
on the fight! The game\’s AI has also received some updates, making
for more interesting challenges and gameplay.

PROPER notes: When using the SKIDROW crack, mouse cursor disappears at
the main menu so that it makes the game impossible to play. We should
also admit that there is another issue in SKIDROW release: you always
have to click on \”Logout\” button in order to return to the main menu
and start a singleplayer campaign. This does not happen on a legit
Steam version and when using our crack.