DescriptionScreenShotsSystem RequirementsTRAILER.NFO
About This Game
You are Snarf, boldly and not so boldly going where no Snarf has gone before. You utilize your cunning and opportunistic nature to seek, fame, fortune, and adventure. After all, why fight a dragon when you can just trick it and get the gold?

SnarfQuest Tales is a point and click adventure game inspired by the style of such classics as the King’s Quest series, Myst, and The Secret of Monkey Island.

It will be the first digital game to feature Snarf, Larry Elmore’s loveable adventurer, who has previously appeared in a comic strip, role-playing game, and table-top game. The game will also include Snarf’s faithful companions the beautiful Telerie Windyarm, Aveeare, and Willie from the SnarfQuest comics.

The game will feature:
–25 levels
–Mini games
–Swords, sorcery, and a little sci-fi 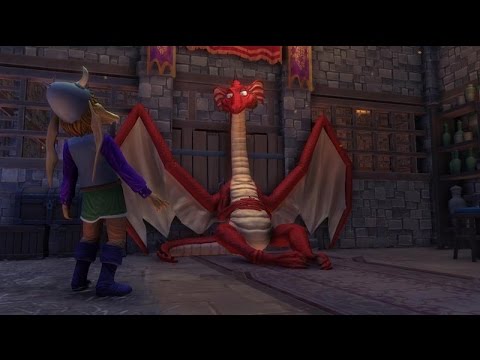 Release Date : 03/2017 Protection : –
Discs : 1 Genre : Action
Play as Snarf, a Zeetvah from Zeetville on an epic quest for fame
and fortune. (Mostly fortune.) Can you help Snarf earn the gold,
help the woman, and win his place on the throne? SnarfQuest Tales
is a point-and-click adventure game inspired by the style of such
classics as the King\’s Quest series, Myst, and The Secret of Monkey
Island. SnarfQuest Tales: Episode One is the first chapter of five
planned adventures featuring Snarf, Larry Elmore\’s lovable
adventurer.