DescriptionScreenShotsSystem RequirementsTRAILER.NFO
About This Game
Everything that SRPG could possibly be
TROUBLESHOOTER: Abandoned Children is the first season of a turn-based strategy SRPG that takes place in the world of Troubleshooter.

Valhalla, the unstable nation
Valhalla is a free trading nation erected by three world powers for their own benefits after the world war. In an attempt to control the nation, the three world powers banned the army from Valhalla. Due to these circumstances, public order in Valhalla is always unstable and thus after ten years the Valhalla government made a bold decision.
The birth of Troubleshooter
The Valhalla government granted civilians the right to investigate and arrest criminals in order to lower the rising crime rate. People call them Troubleshooter.
The beginning of your and everyone else’s stories
10 years have passed since the introduction of the troubleshooter system. Albus, a 20-year-old young man, becomes an official troubleshooter. Albus first starts his company on his own but soon takes in many colleagues as he solves more cases. All these new members of the company have their own motivations and stories. You will be experiencing a variety of missions in Valhalla through their stories.

Specialized classes. Over 600 masteries. More than 200 additional masteries
All characters in Troubleshooter have their own unique classes. Each character can rank up to the upper class, and the role of your character changes according to the class.

All characters in Troubleshooter can acquire various masteries according to their levels and classes. Furthermore, you can activate additional effects by combinations of masteries. Utilizing this, you can make a character for your unique strategy.

Such masteries can be acquired by leveling your character up. However, in most cases, you can acquire masteries from enemies. In other words, you can take your enemies’ unique traits and apply them to your characters.
More than 80 unique missions
There are more than 80 unique missions in Troubleshooter. All missions are designed independently, and all of them have their own unique circumstances.
More than 200 unique cut scenes
Troubleshooter uses more than 200 cut scenes to portray the story.
The creativity SRPG can have
As new characters join your company, playable content will be unlocked according to their roles. For example, if you recruit a hunter character, you will be able to tame beasts. You will be able to craft drones if you recruit engineers. 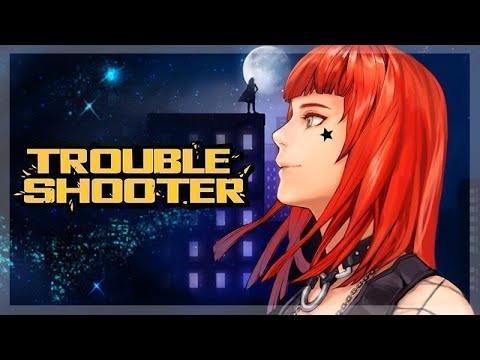 Release Date : 04/2020 Protection : Steam
Discs : 1 Genre : Casual
Troubleshooter is a turn-based RPG with the story of Albus and the
events happening around him. The story begins with Albus becoming an
official Troubleshooter who then returns to his hometown to begin
his journey as he meets new friends and colleagues on the way.

NOTES: When prompted to select graphics quality, \”Manual\” or \”Auto-Detect\”
Choose \”Manual\”. If you selected \”Auto-Detect\” the game will crash. Its a
known bug in the game and we will supply an update when fixed.