PAYDAY 2 is an action-packed, four-player co-op shooter that once again lets gamers don the masks of the original PAYDAY crew – Dallas, Hoxton, Wolf and Chains – as they descend on Washington DC for an epic crime spree.

The CRIMENET network offers a huge range of dynamic contracts, and players are free to choose anything from small-time convenience store hits or kidnappings, to big league cyber-crime or emptying out major bank vaults for that epic PAYDAY. While in DC, why not participate in the local community, and run a few political errands?

Up to four friends co-operate on the hits, and as the crew progresses the jobs become bigger, better and more rewarding. Along with earning more money and becoming a legendary criminal comes a character customization and crafting system that lets crews build and customize their own guns and gear.

Key Features
– Rob Banks, Get Paid – Players must choose their crew carefully, because when the job goes down they will need the right mix of skills on their side.
– CRIMENET – The dynamic contract database lets gamers pick and choose from available jobs by connecting with local contacts such as Vlad the Ukrainian, shady politician “The Elephant”, and South American drug trafficker Hector, all with their own agenda and best interests in mind.
– PAYDAY Gunplay and Mechanics on a New Level – Firing weapons and zip tying civilians never felt so good.
– Dynamic Scenarios – No heist ever plays out the same way twice. Every single scenario has random geometry or even rare events.
– Choose Your Skills – As players progress they can invest in any of five special Skill Trees: Mastermind, Enforcer, Ghost, Technician and Fugitive. Each features a deep customization tree of associated skills and equipment to master, and they can be mixed and matched to create the ultimate heister.
– More Masks than Ever – PAYDAY 2 features a completely new mask system, giving players the ability to craft their own unique mask with a pattern and color of their choice, resulting in millions of different combinations.
– Weapons and Modifications – A brand new arsenal for the serious heister, covering everything from sniper and assault rifles to compact PDWs and SMGs. Once you’ve settled for a favorite, you can modify it with optics, suppressors, fore grips, reticles, barrels, frames, stocks and more, all of which will affect the performance of your weapon. There are also purely aesthetic enhancements – why not go for the drug lord look with polished walnut grips for your nine?
– Play It Your Way – Each job allows for multiple approaches, such as slow and stealthy ambushes or running in guns blazing. Hit the target any way you want, each approach will provide a different experience.
– A Long History of Additional Content – More than 70 updates since release, including new heists, characters, weapons and other gameplay features like driving cars and forklifts. 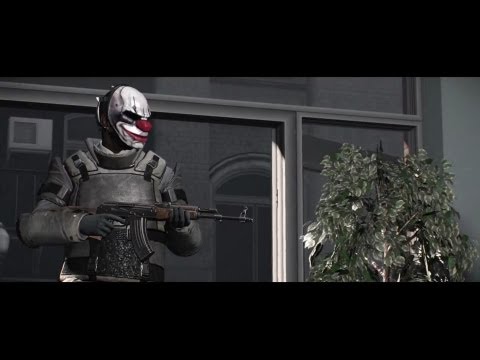 Release Date : 02/2020 Protection : Steam
Discs : 1 Genre : Action
The Payday Gang is down in Mexico, preparing to hit a small town
bank that has ties to a powerful drug cartel. A Bank Down South,
This is a one-day heist taking place in the small and sleepy Mexican
town of San Martn, which is about to receive a rude awakening as the
Payday Gang arrives to hit the local bank. This DLC sees the Mexican
police force make its debut appearance in PAYDAY 2, and players will
find that the Mexican SWAT officers are every bit as tough as their
US counterparts.

NOTES: This release is standalone and includes all content and
DLC from our previous release and updates.

Download
Please Note: You will need uTorrent to download the game.
If you are kind please don’t forget to share our site to all of your friends 😀
Tags:Payday 2 Free DownloadPayday 2 Full VersionPayday 2 PC Games Torrent