Grand Campaign Awaits
You start the game as a minor noble, in service to your King. With over a dozen nations and over 50 Lords to choose from, each playthrough is truly unique and tells it`s own story.

There are many ways to play the game. The Grand Campaign. Classical RTS skirmish with solo, coop and multiplayer options. And a story driven introductory campaign that introduced the player to the the time period through 9 crafted scenarios.

Redefining the Genre
Everything takes place in real-time, with rogue like game progression – everything you do is constantly saved, even during the battle. There are no second chances, no turns, or multiple reloads. This is a first game to fuse Fixed Force and RTS gameplay. As you bring your army to battle, you can also set up your siege camp or town, collect resources and train new troops as the battle unfolds.

Manage Towns Up-close
You have the freedom to manage everything up-close and personal by entering towns in RTS mode. Task your peasants, construct buildings and walls, and position your troops. Same time you can also manage everything on the world map.

Complex Tech Tree
Late Middle ages was a time of many technological breakthroughs. The game represents this with complex historical tech tree – with over 240 innovations and local technologies – from religious matters to military and innovative siege tactics.

Feudal Diplomacy
As you improve your lordship, you will engage in complex feudal system within your Kingdom. Serving your King and maintaining relations with your fellow lords, as well as influencing larger European politics. Eventually you can rebel, and overthrow your King. This opens entire new level of gameplay. As you hire new Lords, divide the land between them, and engage in a complex diplomatic system of European politics.

Beautiful Game World
Beautiful, living and ever changing game world awaits you. The map of Western Europe is complete with nearly 200 towns and hamlets. The towns are enormous and hand-crafted historical reproduction of actual medieval towns.

And last, but not least, you can also expect…

– Dynamic weather and season changes effecting the gameplay
– Social component to the grand campaign – with chat and other social features
– Over 30 units and siege weapons, unique for each nation
– Wonderful music, using real musical instruments
– Powerful World Editor and other modding tools
– Free updates for months after launch
– Rare indie production value, with the game created by only 3 developers
– Real time in-game help from volunteer Mods and Developers
…and so much more awaits you.

Free Post Release Content
We want to do a lot more with MKW, and release is just the beginning. Bellow is the planned content for 2019. These expansions are not in any order, as our players get to vote on what they think the team should work in – right from inside the game`s main menu. And please keep in mind – this only lists big projects. There are nearly 200 other smaller things and improvements across the board that are still planned.

– Adding CoOp to the campaign – including attacking friends or random players towns, armies, or inviting friend or random player to attack AI in your campaign
– Workshop support, opening up all game files for modders
– Religion – Chaplain Adviser that oversees religion, elections of Pope, various religious actions that benefit the player`s campaign
– Complex Trade System – Merchant Adviser that oversees trade – conclude trade agreements, setup trade routes between towns and nations, earn silver, trade goods and reputation
– Updated victory and information screens – showing all the changes in diplomacy, standing and reward
– Being able to recruit Lords into your Kingdom
– Customization of player colours and nation colours
– Overlay on all unit battalions – that show their portrait, health, status and much more, optional can be turned on and off
– Several new Diplomatic actions – trade agreements, various alliances, claims
– Some of the starting lords become female Ladies instead, option to choose Male or Female character
– New random map terrain sets (fir forests, rural areas, dry lands, desert and more)
– Expanding tech tree to add another 25 technologies
– Several new Large town levels (Lisbon, Cagliari, Rome, Florence, Milan)
– Being able to issue orders to AI Lords during battle, depending on their relations and allegiance
– Being able to issue orders to AI lords on the world map

If release goes very well, to be added later in 2019 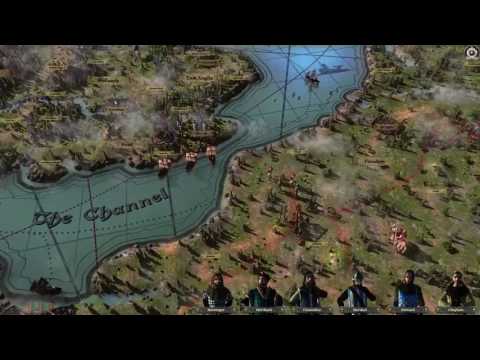 Release Date : 03/2019 Protection : Steam
Discs : 1 Genre : Indie
Medieval Kingdom Wars brings a fresh perspective to the grand
strategy genre, combining world map kingdom management with a full-
on real time approach. Its 1336, the time of the Hundred Years\’
WarGrand Campaign Awaits You start the game as a minor noble, in
service to your King. With over a dozen nations and over 50 Lords to
choose from, each playthrough is truly unique and tells its own
story.

NOTES: This release is standalone.