Home » Play With Me

DescriptionScreenShotsSystem RequirementsTRAILER.NFO
About This Game
See how a game created by the very Jigsaw would look like! Use the available objects, outwit tricky illusions and optical puzzles and above all, answer the question – will you dare to Play with Me? Step into the world inspired by the movie SAW

An investigative journalist, Robert Hawk, together with his wife Sara disappears in mysterious circumstances. The police find only their wreck from the car crash. According to the suspicions of the investigation officers, a man called „Illusion”, a serial killer about who Hawk has been writing investigative articles for a long time, may have something to do with their disappearance. Apparently, he was very close to discover his identity with the help of his friend, private detective Patrick Clark. Now, as a result of the accident, Hawk finds himself in the “Illusion” and he has to get through a maze of puzzles in order to survive.

See the dark world created by a sick mind and find out who is behind it. However, you will not be alone during this journey – you will be able to win the gratitude of the imprisoned and even get their help with a bit of manipulation and favors. How will you use them? Are you ready to sacrifice your friend to get away from the trap? Test your human nature during many moral choices and secondary quests which will lead you to tens of endings!

Get to a higher level of immersion and use real objects to outsmart the harasser. Blow into the microphone to blow out the candles, make a hand gesture to light the match, shake the box (what may be inside?), open the jar (watch out because the eyeballs may fall out!) or attack someone with a hammer! I hope you have a mirror within your reach… And that is only the beginning of the surprises!

Enter the world of a dangerous psychopath and slowly go mad thanks to such a realistic system of determining the mental state of your character used for the first time in a computer game! At the end, chill out with some additional activities – write your own diary in a virtual telephone, read text messages or play mobile games – all of these to avoid going crazy!

And remember that thanks to some random elements each encounter with the game will be different! When you feel the need for challenge, test your skills in additional modes, including the exceptional survival mode.

– numerous optical puzzles and illusions that will stimulate your imagination,
– extra activities (working mobile phone, computers and others) that will allow you to forget about your terrifying situation,
– moral choices and various endings that will test your humanity,
– various game modes, secondary quests, and randomness of some elements that will provide entertainment for many months,
– extended mental state system of your hero will tell you how crazy you are,
– a frightening plot that will keep you for hours in front of the monitor,
– atmosphere of the game loosely inspired by the film “Saw”
– ability to use objects from your surroundings – microphone, mirror, camera, etc.,
– professional blood-chilling soundtrack and dubbing! 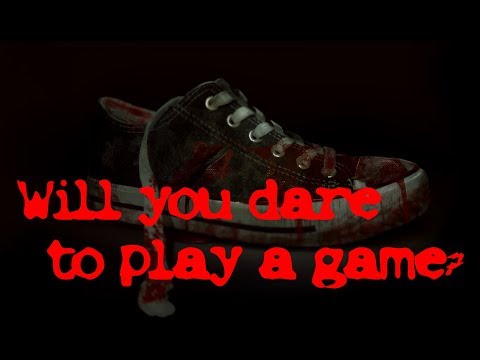 PLAY WITH ME (c) IQ PUBLISHING

Release Date : 04/2018 Protection : –
Discs : 1 Genre : Adventure
See how a game created by the very Jigsaw would look like! Use the
available objects, outwit tricky illusions and optical puzzles and
above all, answer the question will you dare toPlay with Me? Step
into the world inspired by the movie SAW An investigative
journalist, Robert Hawk, together with his wife Sara disappears in
mysterious circumstances.

Download
Please Note: You will need uTorrent to download the game.
If you are kind please don’t forget to share our site to all of your friends 😀
Tags:Play With Me Free DownloadPlay With Me Full VersionPlay With Me PC Games Torrent