About This Game
Book of Demons is a Hack & Slash Deck-building hybrid in which YOU decide the length of quests. Wield magic cards instead of weapons and slay the armies of darkness in the dungeons below the Old Cathedral. Save the terror-stricken Paperverse from the clutches of the Archdemon himself!

Book of Demons is the first installment of Return 2 Games – a series of original mid-core titles, inspired by the early golden days of PC gaming.

It’s not a card game, but items, spells, and skills are all expressed as cards. The strategy lies in adapting your hand to each situation. Cards can be upgraded with runes and you can find many variants with diverse bonuses. Legendaries are the most epic but hard to acquire.

Book of Demons respects your time. It features the Flexiscope engine which allows you to divide the game into sessions of any size. It even learns your pace of gaming and predicts the time to complete the next session.

Simplified movement and fight mechanics is where Book of Demons differs the most from other hack & slash games. There is often not enough time to click-remove all of the obstacles such as monster shields, enemy spells, poison, or knocked cards, so timing, card selection and order of execution are critical.

Hack & Slash in the world of Paperverse

Book of Demons takes place in Paperverse, a world that exists entirely inside a pop-up book.
It’s a tale of good and evil about saving the world from the ultimate devilry. Sounds familiar? Inspired by the dark and gloomy atmosphere of the first Diablo game, Book of Demons is part tribute part parody of hack & slash classics.

Many Book of Demons features were designed with gameplay comfort in mind. Points of interest are marked at the top of the screen and get revealed once you get closer. Your character leaves footprints, which can be used to track your way back or notice paths already visited without opening the map.

On average it takes about 10 hours to complete the campaign with a single class, but maxing out a character and mastering all of the higher Freeplay difficulty levels and Quests takes much longer. The Roguelike mode offers another level of challenge with permadeath, restricted healing and even more obstacles to overcome. 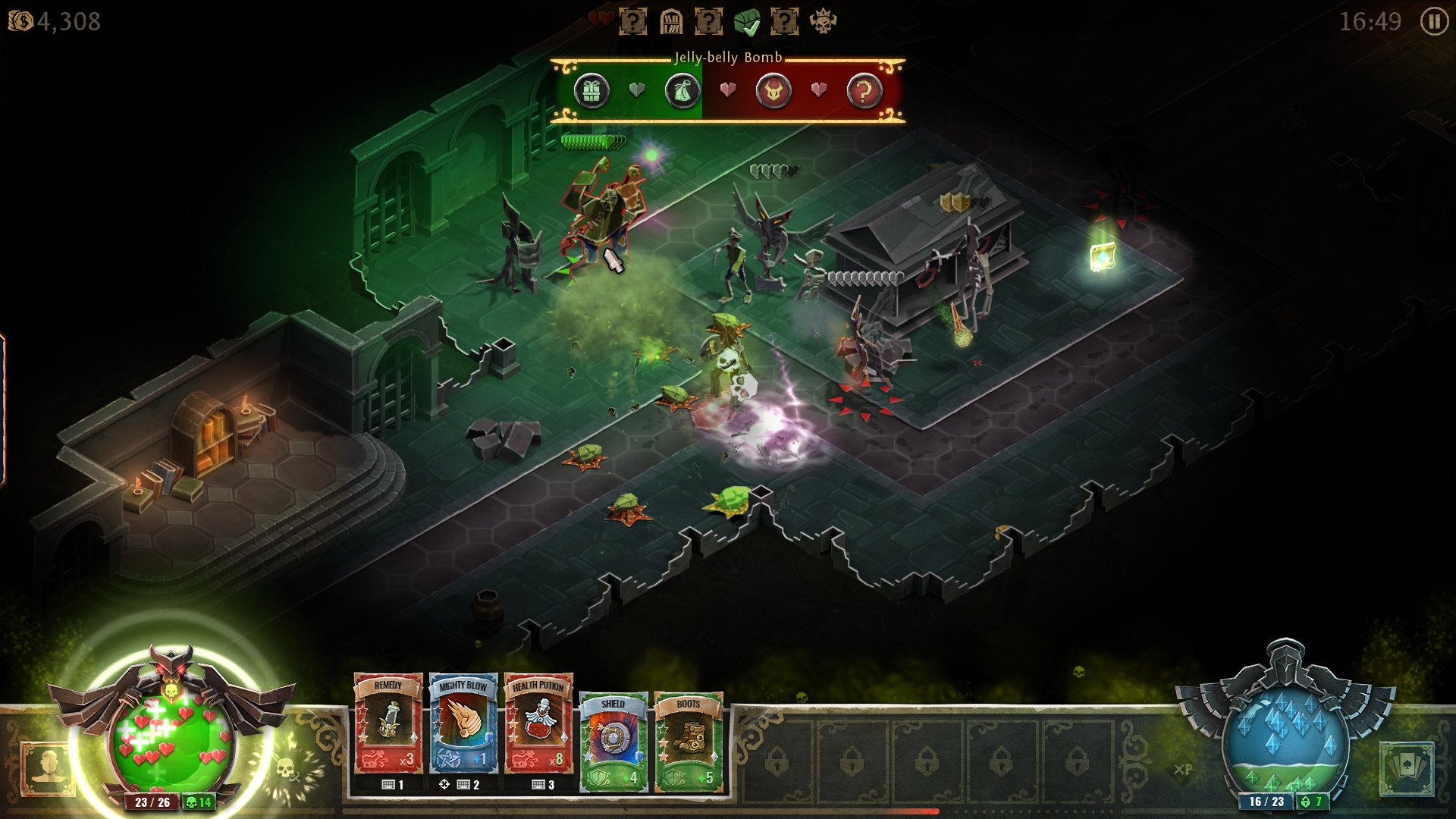 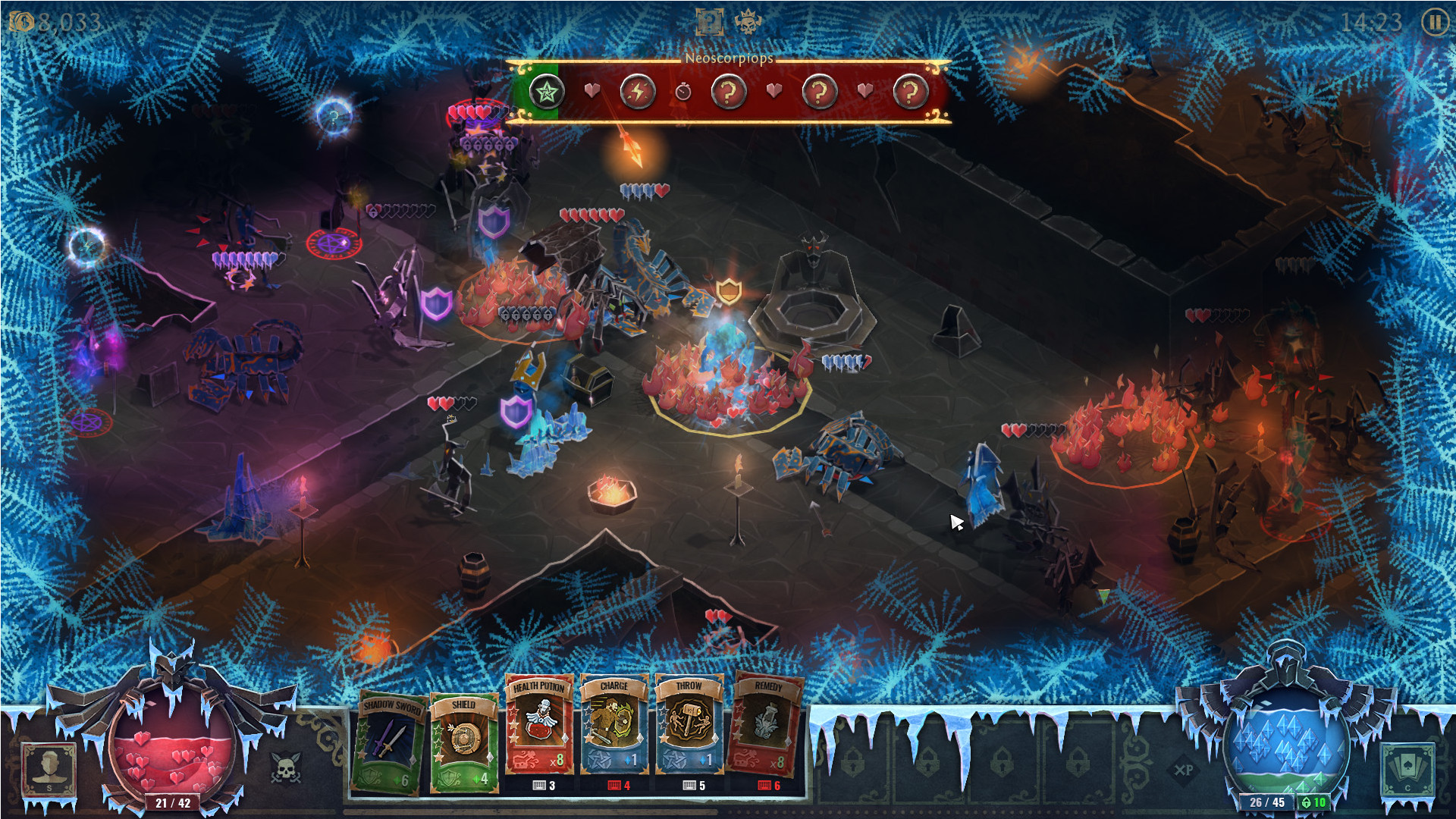 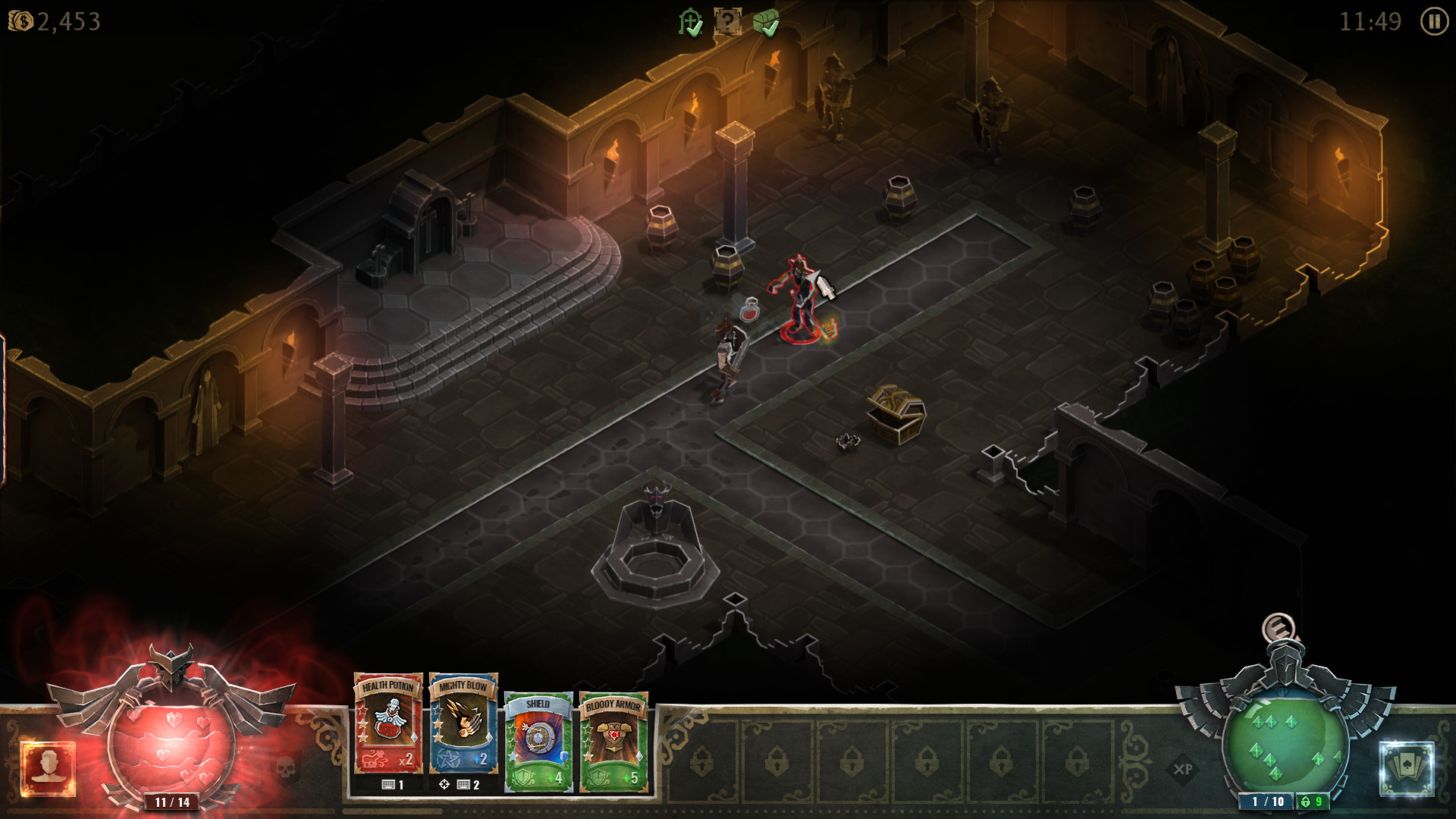 Release Date : 12/2018 Protection : Steam
Discs : 1 Genre : Action
Book of Demonsis a Hack & Slash Deck-building hybrid in
whichYOUdecide the length of quests. Wield magic cards instead of
weapons and slay the armies of darkness in the dungeons below the
Old Cathedral. Save the terror-strickenPaperversefrom the clutches
of the Archdemon himself!